Home / Chilcotin Holidays / Back in the Saddle

With plenty of experience of what it takes to navigate narrow or steep mountain trails, our horses are calm, stable and reliable. If a saddle slips, they stand still and wait for you to help them. They know how to safely traverse a mountain slope. If the tarp on the pack boxes comes off, they don’t panic and let you fix it. But they aren’t that way from the start. With the right exposure, our horses stay calm no matter what happens.

Our horses left for their winter vacation in Cherry Creek at the end of October. It had been nearly four months since any of us had ridden. Dash, Spruce and Teco have been at the ranch for two months and in mid-February, they were now ready for us to ride for the first time.

I brought the three horses in from the field, wading through the deep snow towards them. Dash and Teco were easy to catch, standing still as I slipped the halters over their noses and ears. Spruce was more of a challenge to catch but after a couple of tries I got the rope around his neck to hold him still. It took me a few more tries to get the halter over his nose as he kept throwing his head up but then he held steady and let me tie it in place. The gate from the corral to the yard had frozen shut in the snow meaning I had to walk the horses the long way through the back field, all the way around the office and back to the yard.

I tied up all the horses and got them their oats. We always give our horses oats before we work them, it’s a reward and so they know what’s happening. We needed to build up this association of oats and work for Dash, Spruce and Teco.

I saddled Spruce and Teco. Teco stood still, he was real easy to saddle. Spruce was a little reactive as I put the saddle on his back but once it was in place he stood still and I had no more problems.

While Dale saddled Dash, Kevan and I rode Spruce and Teco in the back field. The snow was over a foot deep. The horses had to work harder and it was much safer for us. Riding a new horse for the first time always had an element of risk as none of us knew exactly how they’d react. Deep snow gave us a soft landing if we did fall off.

For two hours, Dale, Kevan, Manon and I took turns trotting and galloping the horses around the field. This exercise allowed us to sound out the horses and see how they responded to us. It also taught the horses what we expected of them.

After two months grazing with some lunge work, they had plenty of energy.

Teco was fast, he was easy to get into a trot or gallop, he didn’t need much encouragement. He was too excited to neck rein or change direction easily.

Spruce was a little more feisty, but he too trotted easily. Even galloping up the steep hill at the back of the field didn’t slow him down.

Dash was a different story. She’d been the most spoiled horse in her old life and it was clear. She thought she could do her own thing and she’d obviously got away with this in the past. She was also the highest ranking of the three horses and that meant she ate the most food. Because of this, her stamina was the lowest and after an hour or so she started to tire out and not want to work any more. She tried to crow hop but the snow was too deep.

So she tried to rear instead. The one time she managed to rear up fully, I fell off backwards. Then I learned that landing in a foot of snow really didn’t hurt. So I got straight back on and got back to work. Getting back on the horse taught Dash throwing a rider off didn’t work. She learned what was expected of her and she was more receptive.

Once we were ready to stop working them, we walked the horses to cool them down. They were all sweating, they’d sure had a good work out. Teco and Spruce still had more energy, Dash was ready for a rest.

In the yard we unsaddled them. Again we gave them a cup of oats. This was their reward for working. After a few pairings of oats, work, oats, they would know the deal.

We let them back into the field where Dash immediately rolled in a snow bank. Spruce walked away to one side, Teco headed straight across the field to Cheyenne, one of our wild horses who we’d left in the field while we worked the others.

This had been a very educational two hours. We’d learned a lot about our horses and they in turn had learned what was expected of them. Now we knew how they all reacted, we could ride them any time, getting them ready for the summer pack trip season. 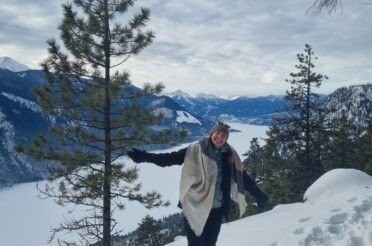 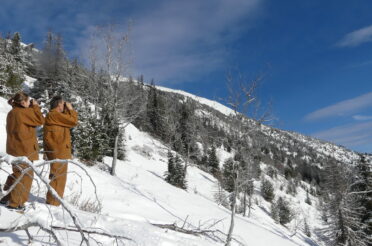 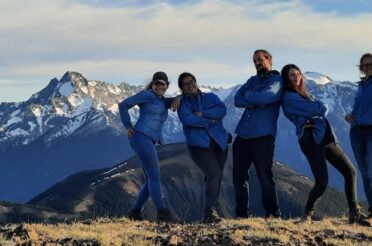 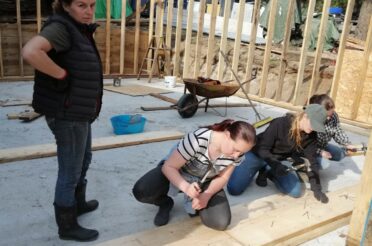 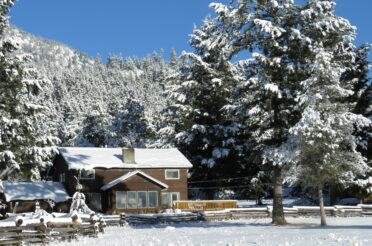 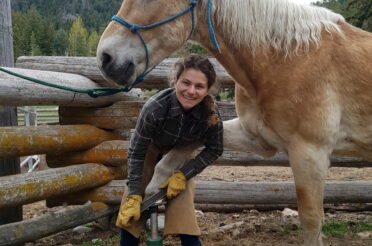